Want to stay in the loop? → Join our newsletter!

Happy New Year! I know you're probably already sick of hearing it, but hopefully we're the last ones to congratulate you 🔫 👈 (that's pistol fingers emoji in case you were wondering).

There’s a lot of hype around ChatGPT at the moment, and for good reason. It’s amazing. But there’s also some very valid criticism: that it’s simply taking the grunt work out of programming by writing boilerplate for us, which we as developers have to maintain!

PG is totally right in his remark above, but what he doesn’t realize is that there are languages out there that attempt to overcome this very problem, and Wasp is one of them.

What makes Wasp unique is that it’s a framework that uses a super simple language to help you build your web app: front-end, server, and deployment. But it’s not a complicated language like Java or Python, it’s more similar to SQL or JSON, so the learning curve is really quick (technically, it’s a Domain Specific Langauge or DSL).

Check it out for yourself:

With this simple file above, Wasp will continually compile a truly full-stack web app for you, with a React front-end, and an ExpressJS server. You’re free to then build out the important features yourself with React, NodeJS, Prisma, and react-query.

The great part is, you can probably understand the Wasp syntax without even referencing the docs. Which means AI can probably work with it easily as well. So rather than having AI create a ton of boilerplate for us, we thought “can ChatGPT write Wasp?” If it can, all we need is to have it create that one file, and then the power of Wasp will take care of the rest. No more endless boilerplate!

So that’s exactly what we set to find out in the video above. The results? Well let’s just say they speak for themselves.

With the Beta release (0.7), Wasp brings its IDE game to a whole new level!

So far Wasp didn’t have much beyond basic syntax highlighting in VSCode, but now it has:

Wasp Language Server (WLS) is the “brain” behind smart IDE features like live error reporting and autocompletion - so if it seems like IDE actually understands your code to some degree, well that is the language server!

For curious, check out the source code of WLS on Github: https://github.com/wasp-lang/wasp/tree/main/waspc/waspls/src/Wasp/LSP .

WLS compiles wasp code for you as you work on it and shows you any errors directly in the editor, via red squiggly lines.

WLS understands at which part of code you are right now and offers appropriate completions for it.

Right now WLS is pretty naive here, and mostly focuses on offering available expressions when it realizes you need an expression. This is helpful but just a start, and it will get much smarter in future versions!

Bit of history: why are Language Servers cool​

Years ago, there was no standardized way to write something like Language Server for your language, instead, each language was doing something of its own, and then each editor/IDE would also implement its own layer of logic for using it, and that was a loooot of work that needed to be done for each editor!

Luckily, Microsoft then came up with Language Server Protocol - a standardized way of communicating between the “smart” part, implemented by language creators, and the editor/IDE part (language extension) that is using it. This enabled each editor to implement this logic for interacting with language servers only once, and then it can be used for any language server!

This is great for us, language creators, because it means that once we implement a language server for our language, most of the work is done, and the work we need to do per each editor is manageable.

Right now WLS is used only by the VSCode Wasp language extension, but thanks to the nature of the Language Server Protocol, it should be relatively easy to add support for other editors too! Check this GH issue if you are interested in helping.

The best thing: there is nothing you, as a Wasp user, have to do to set up WLS! It already comes bundled with your installation of wasp → so if you can run wasp projects on your machine, you already have WLS, and it is always of the correct version needed for your current wasp installation. The only thing you need to ensure is you have wasp version ≥ 0.6, and a relatively fresh VSCode Wasp language extension.

An easy way to check that your version of wasp has WLS packaged into it is to run it and look at its usage instructions: it should mention waspls as one of the commands.

If we would call Wasp Language Server (WLS) the “backend”, then VSCode Wasp language extension would be “frontend” → it takes care of everything to ensure you have a nice experience working with Wasp in VSCode, while delegating the hardest work to the WLS.

For curious, you can check out its source code here, core of it is just one file: https://github.com/wasp-lang/vscode-wasp/blob/main/src/extension.ts

Nothing unexpected here: it recognizes different parts of Wasp syntax, like type, value, identifier, comment, string, … and colors them appropriately.

If you are curious how is this implemented, check https://github.com/wasp-lang/vscode-wasp/blob/main/syntaxes/wasp.tmLanguage.yaml → the whole syntax of Wasp is described via this “mysterious” old TextMate format, since that is the way to do it in VSCode.

Wasp allows you to quickly generate a snippet of code for a new page, query, action, or entity!

Check out our snippet definitions here: https://github.com/wasp-lang/vscode-wasp/blob/main/snippets/wasp.json . It is actually really easy, in VSCode, to define them and add new ones.

This is done by delegating the work to WLS, as described above!

Due to how unique Wasp is in its approach, getting an IDE to provide all the usual features for Javascript / Typescript wasn’t completely working, and instead, the IDE would get somewhat confused with the context in which files are and would for example not be able to offer “go to definition” for some values, or would not know how to follow the import path.

With Wasp Beta this is now resolved! We resolved this by somewhat changing the structure of the Wasp project and also adding tsconfig.json files that provide IDE with the information needed to correctly analyze the JS/TS source files.

To learn more about Typescript support in Wasp Beta, check this blog post!

What does the future hold?

While Wasp Beta greatly improved IDE support for Wasp, there are still quite a few things we want to improve on:

If any of these sound interesting, feel free to join us on our Github, or join the discussion on Discord!

At Wasp, we are working on a config language / DSL for building web apps that integrates with React & Node.js.
This requires us to deeply understand different parts of what constitutes a web app, in order to be able to model them in our DSL.

Wasp is a simple configuration language for building full-stack web apps with less code and ensured best practices. It integrates with React, Node.js and Prisma and provides a lot of common features (auth, CRUD, async jobs, ...) out of the box.

Wasp is a full-stack JS web dev framework, covering frontend, backend, and database. When choosing the solution to build our database layer on top, we chose Prisma, even though it was still somehwat new tech at that point, and we believe today we made a great choice -> read on to learn why!

Erlis Kllogjri is an engineer based in San Francisco with broad experience ranging from mechanical engineering and C/C++ microcontroller programming to Python and web app development. In his free time, Erlis enjoys working on side projects, which is also how Amicus started out.

Amicus is a SaaS for legal teams - think about it as "Asana for lawyers", but with features and workflows tailored to the domain of law.

Read on to learn how long it took Erlis to develop the first version of his SaaS with Wasp, how he got his first paying customers, and what features he plans to add next! 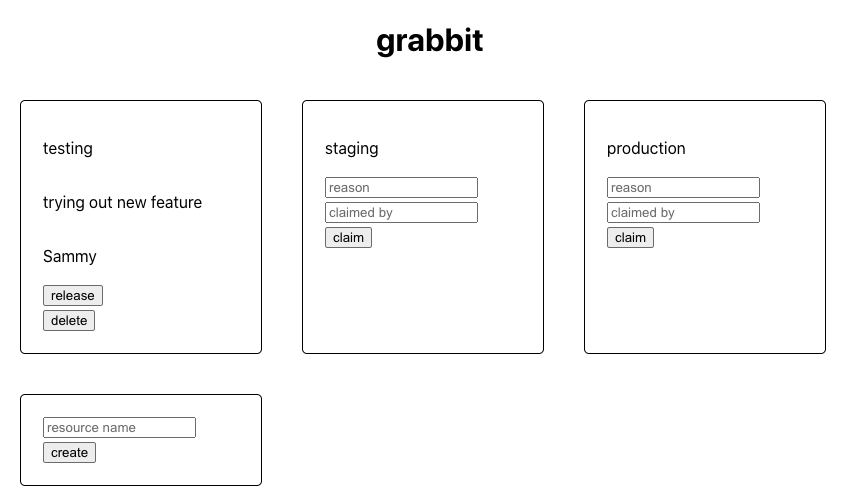 Michael Curry is a senior front-end engineer at Improbable, a metaverse and simulation company based in London. In his free time he enjoys learning about compilers.

In his previous position at StudentBeans, he experienced the problem of multiple engineering teams competing for the same dev environment (e.g. testing, staging, …). Then he discovered Wasp and decided to do something about it!

Read on to learn why Michael chose Wasp to build and deploy an internal tool for managing development environments at StudentBeans.